Roblox FPS Unlocker is a tool that enables its users to unlock the default 60 FPS limit when playing Roblocks video game on PC.

This is a completely free-of-charge software application which means you don’t have to pay any amount of money to use this. 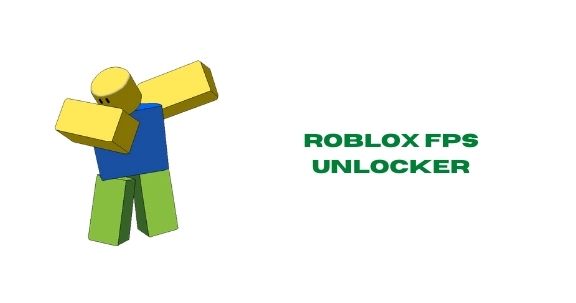 It is also 100% safe to download this software application to your PC, and it does not contain any malware or viruses.

The term “FPS” stands for “frames per second,” which means how many single frames appear on a display panel per second.

So when it comes to gameplay, the higher the frames per second you get when playing a video game, the smoother and faster your gaming experience will be.

However, you should keep in mind that FPS rates are different from one display to another.

For example, an average computer monitor can only display 60 frames per second while more expensive monitors are dedicated to gaming, which can give you a smoother refresh rate up to 120 or 240.

Roblox FPS Unlocker helps you get rid of the input lag of the game when you play a game.

You do not get any lags as your monitor displays that frame instantly as your GPU sends it to your monitor.

This software application is able to disable the FPS limiter and v-sync options in the game.

You can get any number of FRP rates as you wish.

The first thing you need to do is to open a new tab on your web browser and then simply type “Roblox FPS Unlocker.”

But make sure to download the correct version according to your operating system, as both files for 32-bit and 64-bit versions are available on the website.

As you double click on the installer file, a new window will appear, click on “more info” in that window, and then press “Run anyway”.

Then a new window will pop up that says, “A new version of Roblox FPS Unlocker is available,” and just press no on that window.

And you are done, it is installed on your computer, you can go to Roblox game and press shift + F5 keys on your keyboard, and you can see that your FPS rate has increased rapidly.

Will you get banned on Roblox if you use Roblocks FPS Unlocker?

No, Roblox developers have made an official announcement saying that they allow players to use any third-party FPS unlocker tools when playing Roblox.